With the adjournment of the first session of the 56th Oklahoma Legislature on Friday, legislators’ ability to fill the nearly $900 million state budget shortfall received most of the attention. Despite the chaos at the state Capitol, Oklahoma Farm Bureau achieved several victories on behalf of its members. Below are some highlights from the 2017 legislative session. 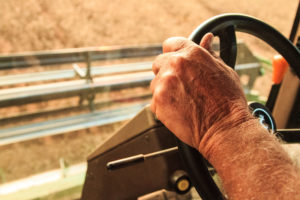 Allows municipalities to increase ad valorem taxes to fund public safety, upon voter approval. The measure contains an exemption for agriculture land, but the exemption easily can be removed at a future date. Oklahoma Farm Bureau believes the bill is bad policy for farmers, ranchers and rural Oklahoma. The bill was passed by the House and advanced through two Senate committees. Though it was stalled in the Senate, the measure remains alive to be heard during next year’s legislative session. 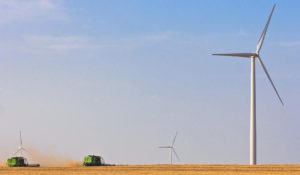 Regulates obstructions to air navigation–like wind turbines–that could “endanger the lives and property of military aircraft pilots, passengers and training routes”. Though intended to protect air space, the bill directly infringes on the private property rights of Oklahomans. The measure creates zones that prohibit economic development and activity like wind turbines. By removing the landowner from the permitting process, the bill is considered a “take” of private property. OKFB is committed to supporting the military, but found SB 477 as a bill looking for a problem. The bill was passed by the Senate, but amended by the House. The measure was then tied up in the Senate, as the amended bill was not approved by a Senate conference committee. 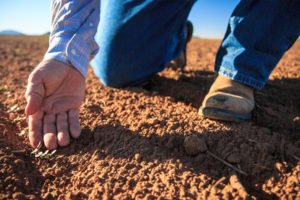 Allows any person or entity lawfully operating and in the course of business to use public roads, highways and right-of-ways for pipe and other equipment used in the oil and natural gas production process. Under the measure, the person or entity would not need permission from the bordering landowner, but instead must only receive consent from the Oklahoma Department of Transportation. HB 1827 was passed by the House, but was amended in the Senate. The bill then died in conference committee.

Prohibits the importation and possession of exotic swine like warthogs. Out-of-state individuals wanted to import exotic swine into high-fence facilities in Oklahoma. Farmers, ranchers and landowners in Oklahoma already face billions of dollars in damage every year from feral swine. The exotic swine had the same potential to carry disease, reproduce rapidly, and cause damage. The bill was passed through the House and Senate and is now awaiting Gov. Mary Fallin’s signature.

Modifies date of operation provisions in regards to determining timeliness for a nuisance action to be brought against agricultural activities on farm or ranch land; adds the term “malicious” to those frivolous nuisance suits that qualify a defendant to recovery of attorneys fees. The bill was passed by both the House and Senate, and was signed by Gov. Mary Fallin on May 16.