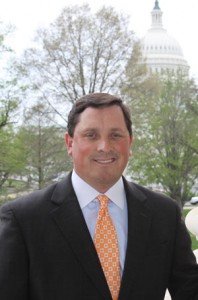 This week, I called out leaders at the state Capitol for not leading on important issues such as education. Let me give you an insider’s view to what life actually looks like at 23rd and Lincoln.

Here’s what I believe is going on in state politics.  I have been in this political game for over 20 years, and have studied leadership at many levels. Mainly, my interest in leadership always lies in military leaders or civilians that led in times of war. I love to study men such as Winston Churchill, Ulysses S. Grant, George S. Patton, Dwight Eisenhower, and Douglas MacArthur.

What do all these men have in common? They had a vision for the future, a passion to win, and a leadership style many wanted to follow. History always paints a rosy picture of leaders, and it seems they were always on the winning side of issues. Nothing could be further from the truth. Churchill suffered many setbacks and had his title challenged many times. Patton was almost sent home in disgrace. Grant had quite the army due to drunkenness, and was preparing for a life in business. MacArthur was run out of the Philippines and had to flee all the way to Australia. These men didn’t quit or give up; they pressed on and led their men to victory.

What does any of this have to do with education? For far too long, there has been a lack of leadership or vision not only on the part of elected officials, but also on the part of us as Oklahoma Farm Bureau members.

Our motto is we live here, we work here, and we are Oklahoma. If we live and work here, then our children are educated here as well. It’s time we as a whole address the education issue and say, “Enough is enough.”

We don’t want to stand for the status quo or business as usual. Eventually, we must change our education system. We can leave it to the legislators at the state Capitol, who only see a snapshot of where we live. Or, we can stand up and demand a plan from our statewide elected officials. A five-, 10- and 15-year plan mapping out where we want to go as a state that you, as OKFB members, help draft.

We will never be successful if we try to solve education issues one or two bills at a time. We need a road map of where we want to go and what we want our education system to look like. It’s not OK for our children to be in the bottom of the country when it comes to their education and success in the future.

We must demand more, and with your engagement, we can. We will be talking about this issue from here on out, and ask that you get engaged when it comes to the education of all Oklahoma kids. Our future depends on it.