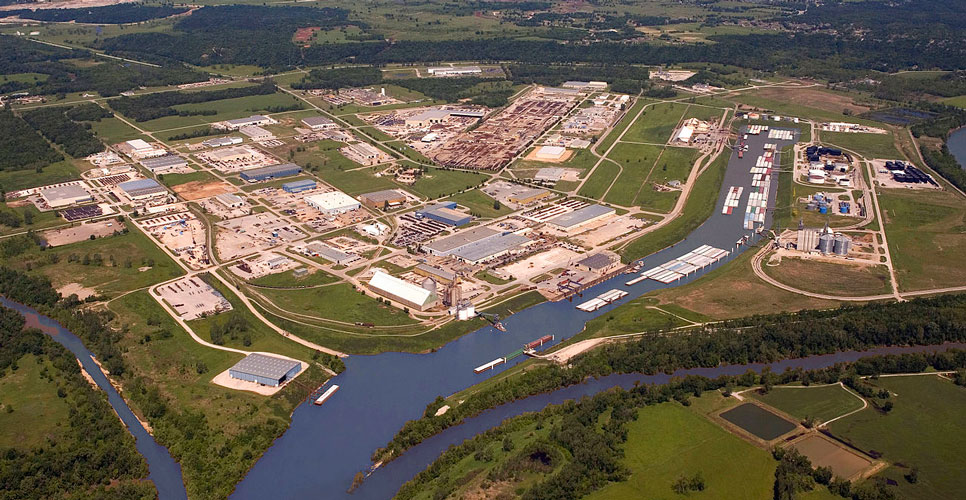 WASHINGTON — U.S. Sen. Jim Inhofe, chairman of the Senate Environment and Public Works Committee, yesterday praised the committee passage of the Water Resources Development Act of 2016, which was reported out of the committee by a 19-1 vote, and announced provisions in the legislation that will directly benefit Oklahoma.

“In 2014, Congress passed the first WRDA authorization in seven years, providing much needed reforms and advancing critical Oklahoma water resources priorities,” Inhofe said.  “We are now working to get back on the regular schedule of passing a WRDA every two years.

WRDA 2016 ensures that Oklahoma projects, including the McClellan-Kerr Arkansas River Navigation System and the Tulsa and West Tulsa Levee System, continue to receive support and prioritization.

“WRDA 2016 also includes a number of provisions that empower local sponsors of our water transportation system to keep our inland waterways and ports strong and functioning. By cutting red tape and empowering project sponsors to get things done using their own money, ports like the Port of Catoosa and the Port of Muskogee will be able to help maintain navigation infrastructure so locks don’t shut down costing shippers millions of dollars in delays.”

“As we strive to build a more drought-proof Oklahoma and to address the state’s projected $82 billion water and wastewater infrastructure need between now and 2060, this bill contains a number of valuable provisions,” said J.D. Strong, executive director of the Oklahoma Water Resources Board. “With its focus on meeting our growing infrastructure challenges, as well as increasing operational flexibility at our existing reservoirs, WRDA 2016 can be a huge help in meeting the dual threats of drought and flooding, particularly given its emphasis on helping our struggling rural and disadvantaged communities.”

Oklahoma provisions are as follows:

WRDA 2016 authorizes the Corps to develop a plan for modifying the Tulsa and West Tulsa Levee System. The Corps must provide recommendations for modifying the original levee system to address deficiencies identified in the recent levee risk assessment. The bill also requires expedited budget consideration for any parts of the system that are classified as a Class I or Class II (i.e. very high risk) under the Levee Safety Action Classification tool developed by the Corps.

“Tulsa’s levee system protects more than 10,000 citizens and some $2 billion dollars of infrastructure including two refineries,” said Karen Keith, Tulsa County Commissioner. “The Corps of Engineers has determined that our levees are no longer viable. With help from this WRDA resolution we can begin the process of rehabilitating this aging levee system. A levee failure could have catastrophic environmental and economic impacts for the region. I am grateful to Senator Inhofe and his staff for their help in addressing this critical issue.”

WRDA 2016 gives the Corps authority to establish partnerships with local entities to ensure safe, functional operation of projects along the waterway. These partnerships allow the Corps to accept and use of funds, materials, and services donated by non-federal interests to help address the backlog of maintenance at Corps projects. WRDA 2016 also makes sure the project to deepen the MKARNS to support increased commerce will not be deauthorized while it is waiting for funding from the Inland Waterways Trust Fund.

“WRDA 2016 will help non-federal public and private entities to assist the Army Corps of Engineers repair and maintain projects on a timely basis,” said Bob Portiss, Tulsa Port of Catoosa director. “This will help ensure the viability and sustainability of our nation’s inland waterway system of which the MKARNS is an integral part.”

WRDA 2016 expands the current authority for the Corps to accept funds from non-Federal interests to expedited permits for rail transportation projects.

Support for Reducing Chlorides in the Red River

Sen. Inhofe has been a champion for reducing excessive chlorides in the Red River. WRDA 2016 contains several provisions to address this issue, including authorizing the Corps to facilitate transfer of desalination technologies from other countries with academic and institutional knowledge to reduce chlorides.

WRDA 2016 also clarifies the WIFIA program established by WRDA 2014, to make sure chloride control is eligible for low cost loans from this program and that funds already expended on reducing chlorides in the Red River count towards the calculation of project costs. The bill provides startup money for the WIFIA program that will support over $4 billion in low cost loans for projects in Oklahoma and across the U.S.

WRDA 2016 also establishes a program to provide assistance for the development of innovative technologies to address water supply issues, including chloride control, and reauthorizes the Water Resources Research Act and the Water Desalination Act of 1996.

WRDA 2016 gives the Corps authority to increase the level of protection when rebuilding a levee after a disaster if the Corps determines it is in the public interest, including consideration of whether the same levee has had to be rebuilt multiple times and whether there is an opportunity to reduce risk of loss of life and property.