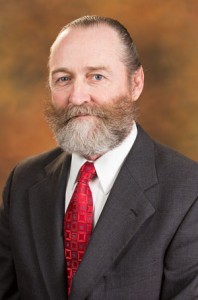 The Oklahoma State Election Board and Attorney General Scott Pruitt today were sued by Save the Illinois River, Rep. Jason Dunnington and other parties challenging the constitutionality of State Question 777, or the Right to Farm. Tom Buchanan, Altus farmer and Oklahoma Farm Bureau president, responded with the following statement.

“Right to Farm was created and passed by Oklahomans to protect Oklahoma farmers and ranchers. The amendment has nothing to do with water interests in Oklahoma; its sole purpose is to protect farming and ranching.

“Water and its quality are of utmost importance to our state’s farmers and ranchers, as their livelihoods depend on it. Why would we support any measure that would jeopardize our state’s water?

“The group’s suggestions that State Question 777 will impede efforts to protect Oklahoma’s water quality are completely false. In fact, current state statutes and administrative rules, including those that ensure water quality throughout our state, will remain firmly intact after the passage of SQ777.

“These radical environmentalist groups have been defeated at the state Capitol and know they will be defeated at the ballot box. Thus, they have resorted to litigation to attempt to control the food choices of Oklahomans.

“Attorney General Scott Pruitt recognizes the importance of agriculture as the second largest economic driver in our state. We’re confident he will continue to protect the citizens of Oklahoma and their choices as consumers.”