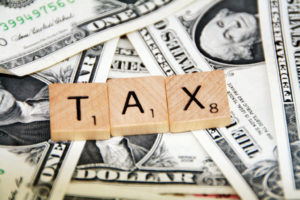 As the state’s largest general farm organization, Oklahoma Farm Bureau opposed the bill. Though it contains an exemption for agriculture land, the organization believes it has serious implications for the future.

“Farm Bureau members see the writing on the wall with this bill,” said Tom Buchanan, OKFB president. “It exempts ag land today, but for how long? We cannot allow cities and towns to fund themselves on the backs of property owners.”

HB 1374 fundamentally changes the purpose of ad valorem tax in Oklahoma by allowing cities and towns to use the tax for salaries, benefits and equipment for public safety. The tax currently only funds infrastructure and capital projects including schools, libraries, roads and bridges.

Although HB 1374 allows local residents to decide on the tax increase, the bill lowers the threshold for voter approval by requiring only a 50 plus one vote instead of a super majority.